It has been a privilege and a great experience for me to serve as Chair of Limerick Civic Trust for the years 2009/2010. 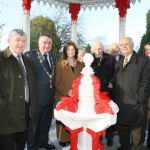 The restoration of the Richard Russell Fountain in The People’s Park in Limerick is one of the projects I most enjoyed during my term of office.It stands for all to see in it’s red, white, and gold. I am so happy that I had the honour of placing a time capsule in one of it’s pillars during it’s reconstruction by Eura Conservation. 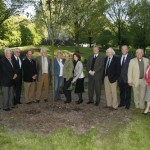 The planting of a tree in The People’s Park, Pery Square, during the visit of the Norwegian Ambassador H.E. Mr. Oyvind Nordsletten, when he attended a reception in his honour, hosted by Limerick Civic Trust in The Georgian House. 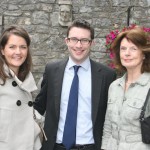